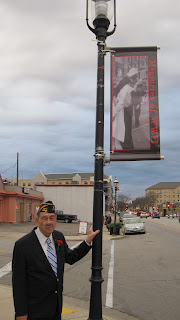 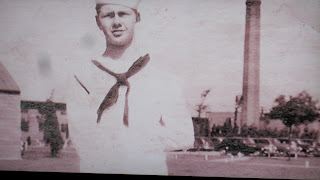 Sunday is Father’s Day!  Here’s a picture of my dad.  Let me tell you a little about him.  Richard grew up during the depression and told the story of having a pet pig on the farm.  Of course, that pig also had to feed the family… a thought we city girls didn’t care for.  He lost his father early in life and took care of his mother, brothers and sister as well as he could, and entered the Navy during WWII.  In Japan he witnessed first hand the devastating effects of the atomic bomb drop in Nagasaki, which is something he still doesn’t like thinking about.  Richard was a devoted husband and father, working at Miller Brewery for over 41 years, and has always been active in his church.  After retiring, he cared for my mother while she battled cancer, faithful to the end of her life.  He never missed a grandparent’s day, a birthday or Christmas gifts for his entire family.  Just a few months ago, Richard had a difficult aneurysm removed and was out of the hospital in just 6 short days, to the amazement of his doctors.  He is probably a lot like your own father… an ordinary man with a heart of gold that few people know about!

So thank your dad on Father’s Day, maybe give him a few flowers, or if your dad is no longer with you, think of him and say a prayer of thanks for the blessing of him in your life.

This article was written by imaadmin